While Ken stayed home to care for the farm I headed off to Wales again to continue training to become an approved judge for Black Welsh Mountain Sheep.

After a relatively unevventful plane flight from Grand Junction to Dallas, then overnight flight from Dallas to London Heathrow, tube to Paddington Station, Train to Newport, Train to Abergavenny and lastly taxi I finally arrived in Abergavenny Wales to the Beavan Family Butcher Shop.

The Beavans’ were featured in the BBC program Lambing Live. I made e-mail contact and had arranged to come visit and stay at their B&B for the first couple of days.

Most tourists are not that interested in butcher shops, but I enjoyed talking to Huw & Jan about the issues of running a small butcher shop that caters to the local trade and provides good fresh locally raised meats and eggs. 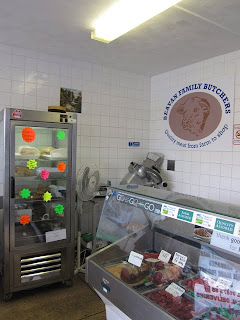 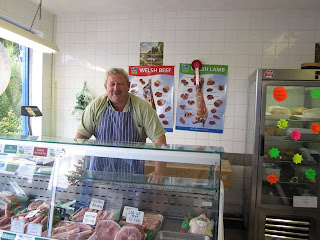 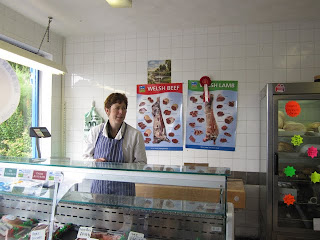 Then it was off to Great Tre-Rhew Farm and home of Kate, Jim, Trevor & Anne Beavan. The B&B portion is to the left of this picture. 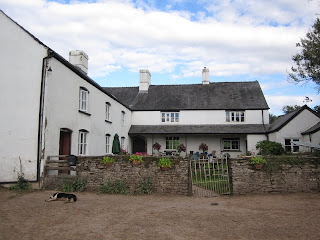 As soon as I got my stuff in it was off to watch and try not to get in the way as Jim sorted out the lambs to be weaned and checked his ewes for teeth and tits. He was sorting out which ewes would be culled and which would stay for another lambing. Culls got a spot on their rump so they are easy to sort out later. Hopefully I didn’t get in the way too much. 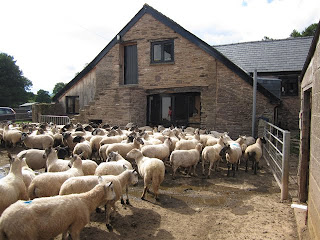 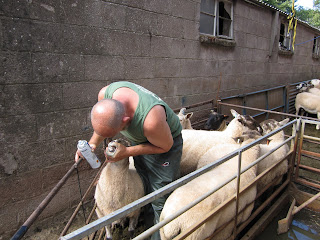 I really liked his chute set-up. I don’t think it would work for us because of the horns on our rams but it was sure convenient to work a bunch of sheep around. If we had all polled sheep it would be fine.

Then we moved the ewes to new grazing. 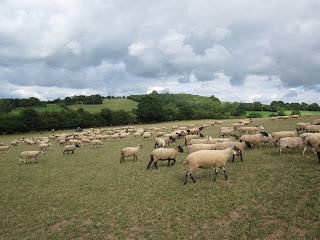 Lambs got moved to a different field 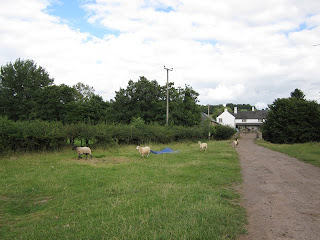 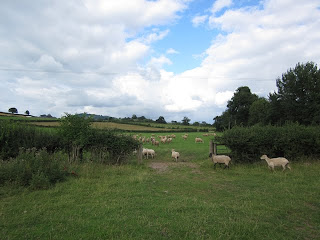 I really liked the old stone water trough. I wonder how long that’s been there? 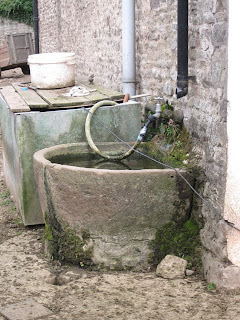 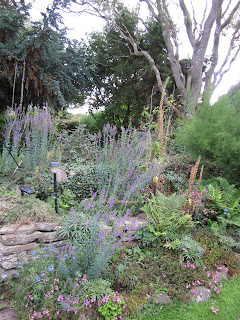