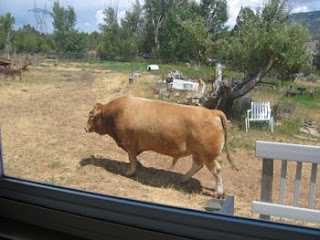 We had a spare bull show up at the house yesterday. The neighbor had borrowed a bull to breed his two cows and the bull decided to go on a walkabout around the entire mesa. He visited several places including us. 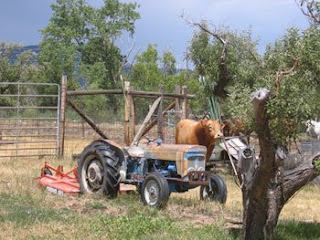 After strolling past the house he went back to harass the guard dogs. He then walked along the edge of the mesa and was last seen heading north. I have no idea whether the neighbor ever caught him or not but at least the bull has not been back to visit us!