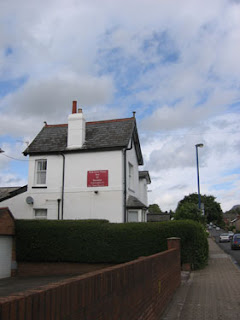 This is the Park Guest House the B&B where I stayed in Abergavenny. 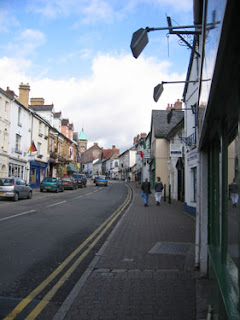 I took the first day there to recover and spent all of 4 September walking around Abergavenny and doing tourist stuff. First stop was of course the castle. 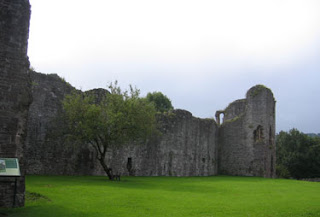 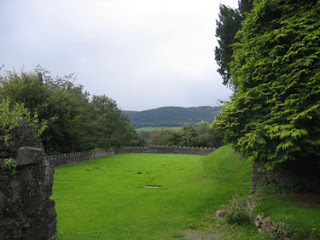 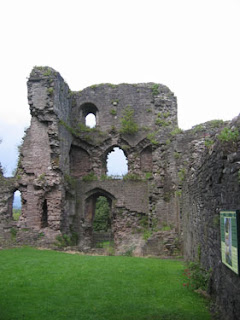 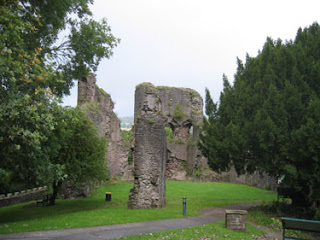 The ladies at the castle museum sent me on to the St. Mary’s Priory Church to view the recently completed Abergavenny tapestry. 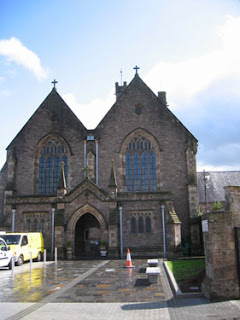 This tapestry is huge and there is no way to take a picture of the entire thing from one spot. 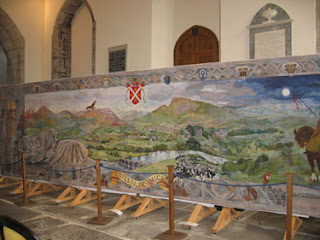 They used many different wools to create the picture. It depicts Abergavenny from dawn to dusk with highlights of the history for the past 1000 years. The tapestry took over 20,000 hours of work and nearly fours years of tim with morning and afternoon shifts working on the pieces. 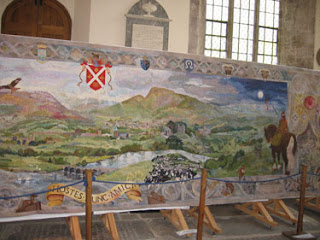 While there one of the women who worked on the tapestry was kind enough to pose for me in front of the section she worked on. She put in one black sheep in the flock of sheep and was allowed to keep it there. 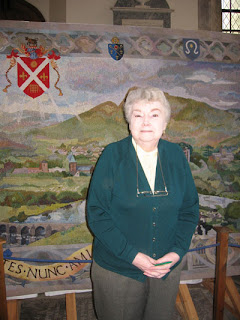 Over 400 shades of wool were use to make the color changes. 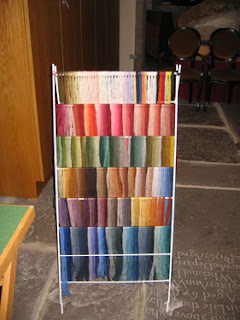 I learned what every tourist has learned. it is almost impossible to get good pictures of stained glass windows with hand held cameras but I tried anyway. This was a very nice one in the main hall of the church. 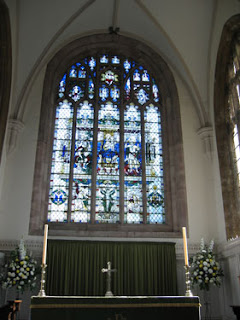 I was particularly interested in the various effigy carvings. This group of pictures is of the tomb of Sir Richard Herbert of Ewyas who died 1510. 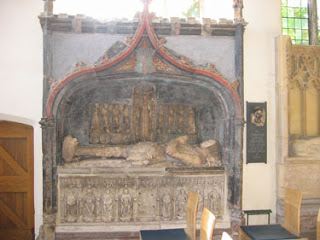 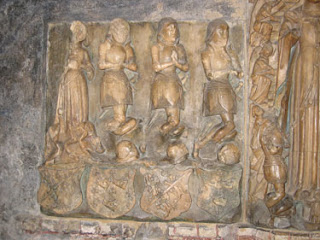 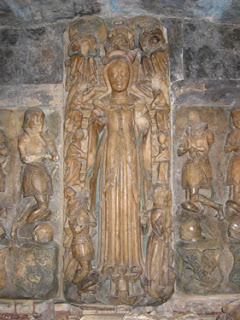 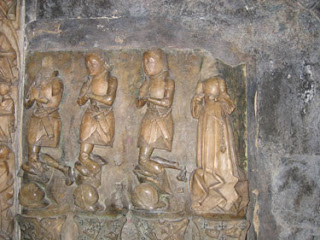 There were several other tombs and carvings but many were hard to photograph.

I left the Priory and walked around Abergavenny. One place I stopped was this butcher’s shop. This is the Rawlings Family Butchers and the proud proprietor is Mr. Paul Bishop. He is a champion sausage maker and while I had no way to cook any of his lovely sausages I did enjoy talking to him and seeing all his sausage trophies. He directed me to a nice place for a late lunch and I then headed back to Park House for a bit of a rest. 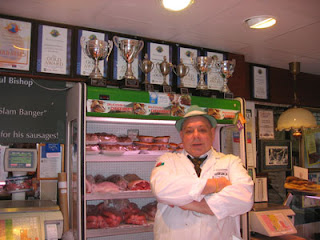 No places were open for dinner so I found a quick fish and chips place and ate in my room. Tomorrow is the big Black Welsh Mountain Sheep Show and Sale.