One Less Coyote and Grazing Ewes

We finally were able to get a clear safe shot on the coyote that’s been hanging around. Generally we try to leave the coyotes alone. If they respect the fences and dogs and don’t bother us or the sheep we don’t bother them. The last time we had to kill one was in the fall of 2000. After that the pack moved on or changed composition and we had a number of years with no problems. We could hear coyotes nearly every night and there is a den on our property. But the coyotes never came in near the sheep, never tried to lure the dogs away from the flock and never caused us any problems. They left us alone and we in turn left them alone.

This coyote was different. I suspect the older animals died and the new ones that moved in were much bolder and more aggressive. This male was ignoring the dogs and being way too bold, coming up and checking out things during the day and looking in at the sheep and ignoring the frenzied dogs just inside the fence. With lambing about to start we cannot afford to have a coyote like this in the area. We’ve been trying to get a good shot at it but until today they were all unsafe shots. The coyote finally got into a position where we could take the shot. 1 round : 1 less coyote. Hopefully this will be the last of the problem for another decade. 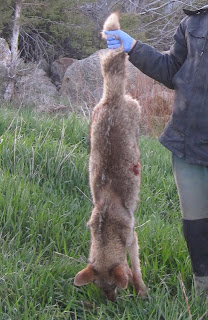 The pregnant ewes are finally out on pasture and ready to lamb. 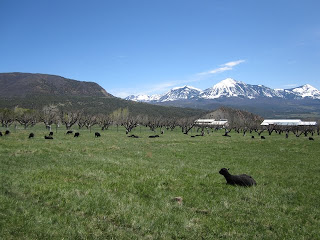 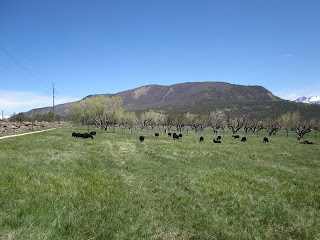 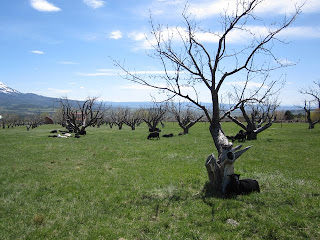