My next stop was at Melinda Baker’s farm in Shepton Mallet, Somerset. She had to work part of the day on Friday so her husband kindly took the day and took me around to play tourist. 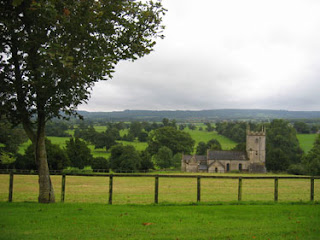 This is the chapel of the Marston house that belonged to the Earls of Cork and Orrey. The Manor is now a corporate headquarters.

This is Longleat house, an Edwardian Manor that belongs to the Marquis of Bath. Much of the land is now a safari park but we didn’t go in because of the rain. 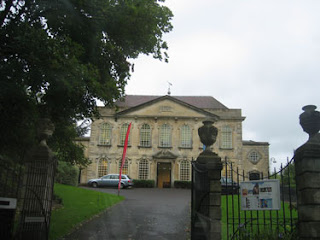 This is another lovely manor house. 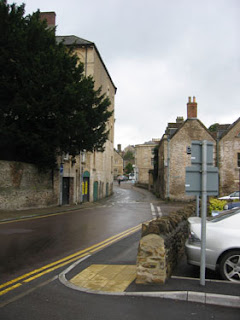 We then headed to the small village of Frome. Here is one of the roads. 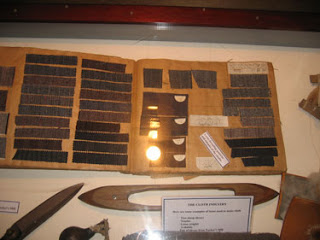 In Frome we stopped at the museum and they had a book with weaving drafts. Frome was a center for tweeds and fine worsteds and I would have really loved to see the weaving book and go through it. There were samples of the cloth and the full weaving draft and sett listed. I hope they will consider documenting and publishing this valuable book. 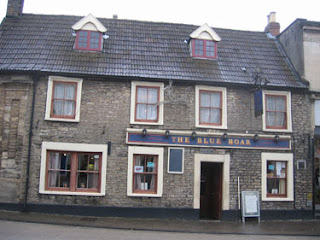 We didn’t go in but I liked the looks of this traditional pub. 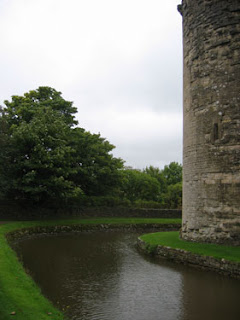 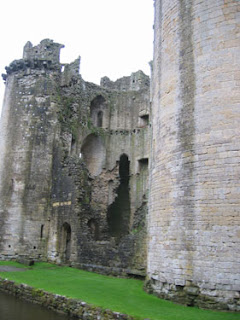 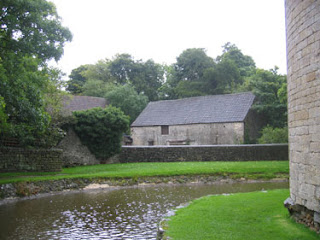 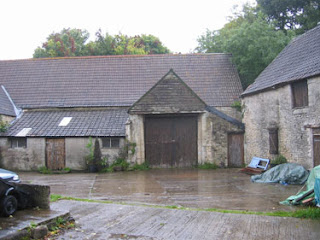 This was probably part of the original stables and castle outbuildings but is now owned separately. 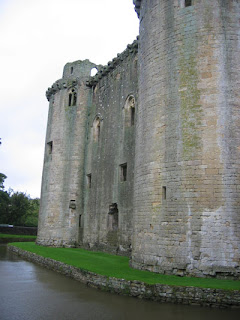 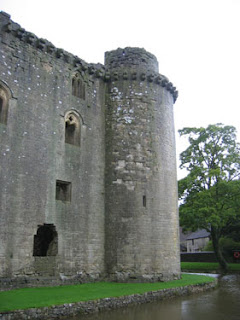 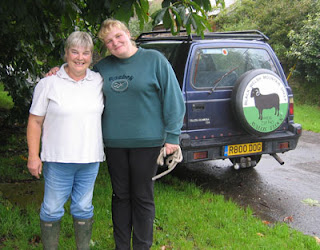 Our tourist stuff done we went back to the farm. There I met Mrs. McGregor and her daughter. They had come to pick up a ram lamb they were buying from Melinda. We first adjourned to the house for tea and to fill out all the required movement paperwork. The UK is much more restrictive about documenting animal movement than the US. Every sheep is double tagged and all movements on or off the farm are documented. 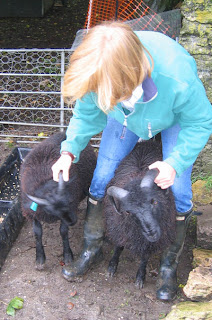 The ram on the right is the one that was sold. 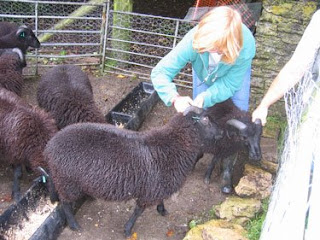 Here is another picture of him. 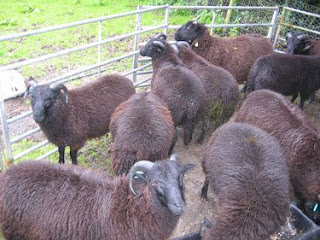 Melinda’s ram lambs, and her yearling ram and a wether buddy in the back. 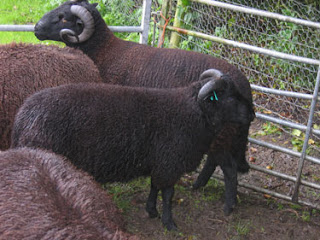 I particularly liked this ram lamb. Unfortunately he is of the lowest scrapie resistance and was under a mandatory slaughter order. The UK requires that all group 4 and 5 rams are slaughtered. In the US nearly all of our sheep would be slaughtered because we have so few of the resistant genotypes here. Of my own 27 adult rams only 4 would be acceptable to keep in the UK. 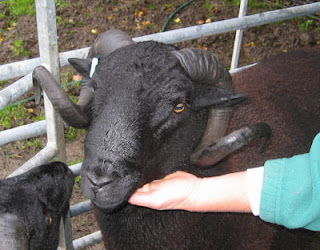 This is Lovel Jumping Jack her yearling ram. He has the preferred style of UK horns, much thinner and longer than ours and more closely set to the head. 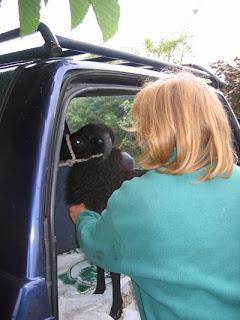 They loaded the ram into the back of their SUV and tied his head to the headrest. It was a most unusual way to haul a a sheep.

We had planned to look at Melinda’s ewes in the yard individually but it was raining hard and we decided not to move them in. We did go see them in the pasture and we talked about their good and bad points and what the senior judges will be looking for.