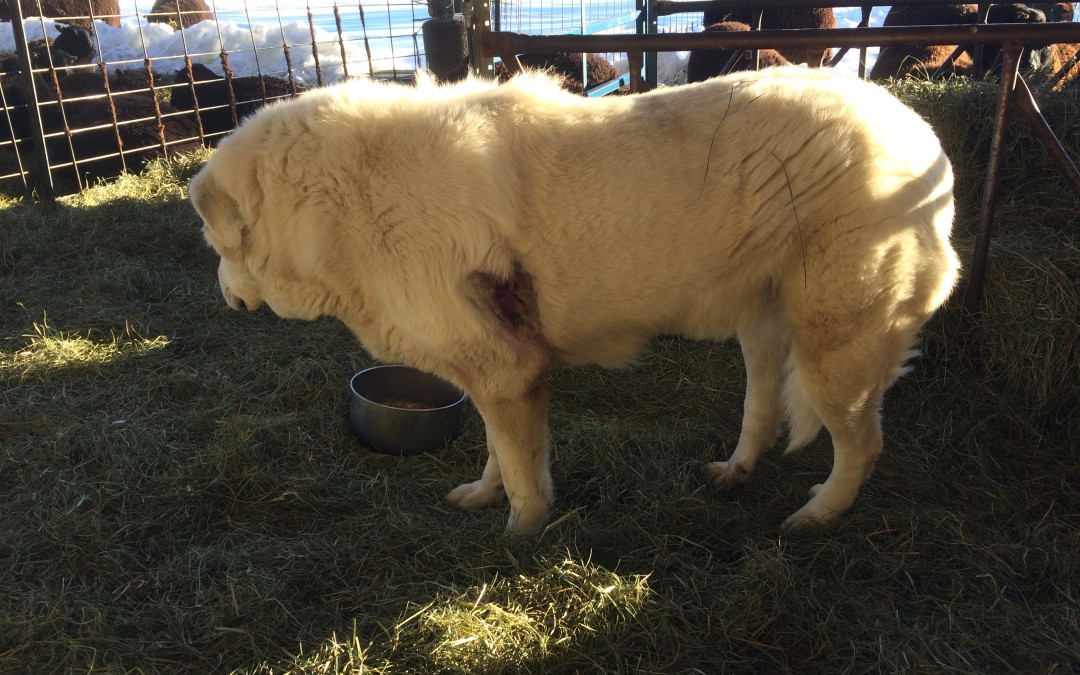 Not a Good Start to the Year!

Winnie got injured. Emergency vet call to come out and stitch her back up. She crawled through the water tank to get to the other pen of sheep. Something was in there. She got caught on an exposed piece of welded wire and ripped her side badly.