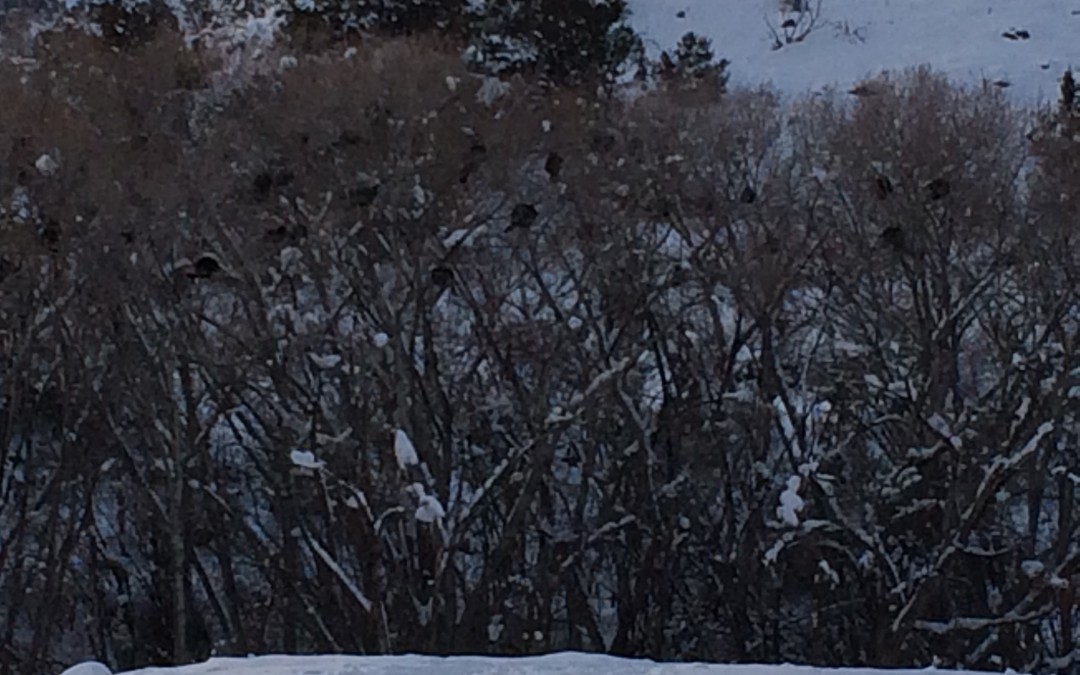 Digging out and Turkey Roost

Gate into the ram pen is finally dug out. Mostly by hand. Coming home up the hill we saw where the turkey flock is roosting in the trees. 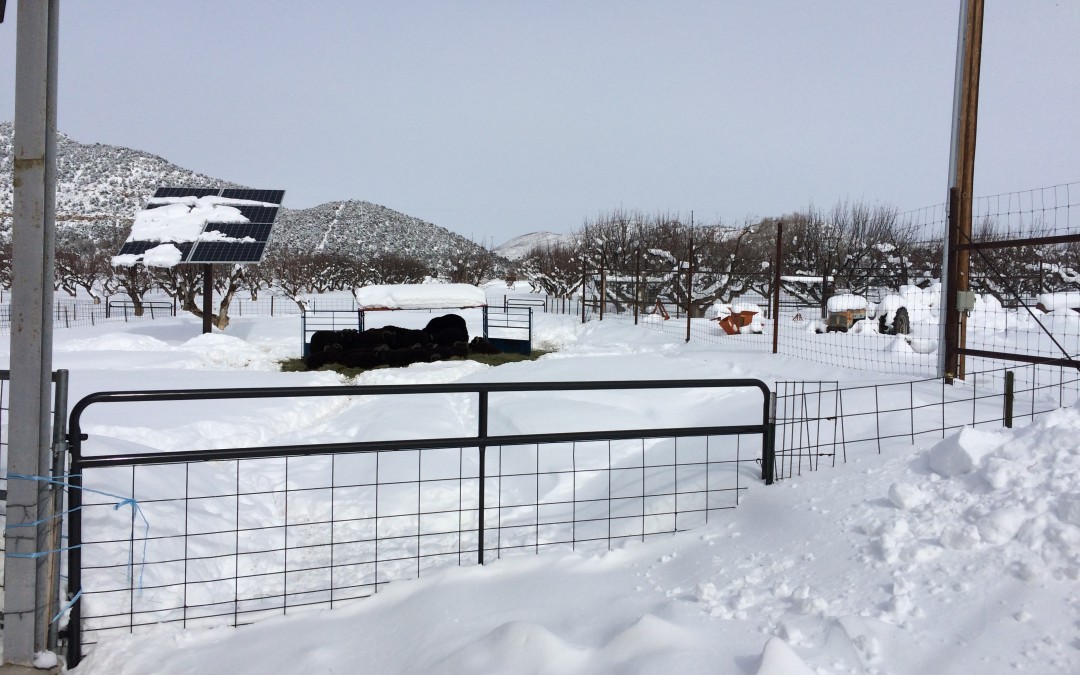 Even more snow. Ken has to plow every day just to keep a path open. This is the gate into the ram pen. We’ll have to shovel it out again to get hay in. Even the yearling ewes are not going out into their corral much at all. Garvin Mesa Road was completely... 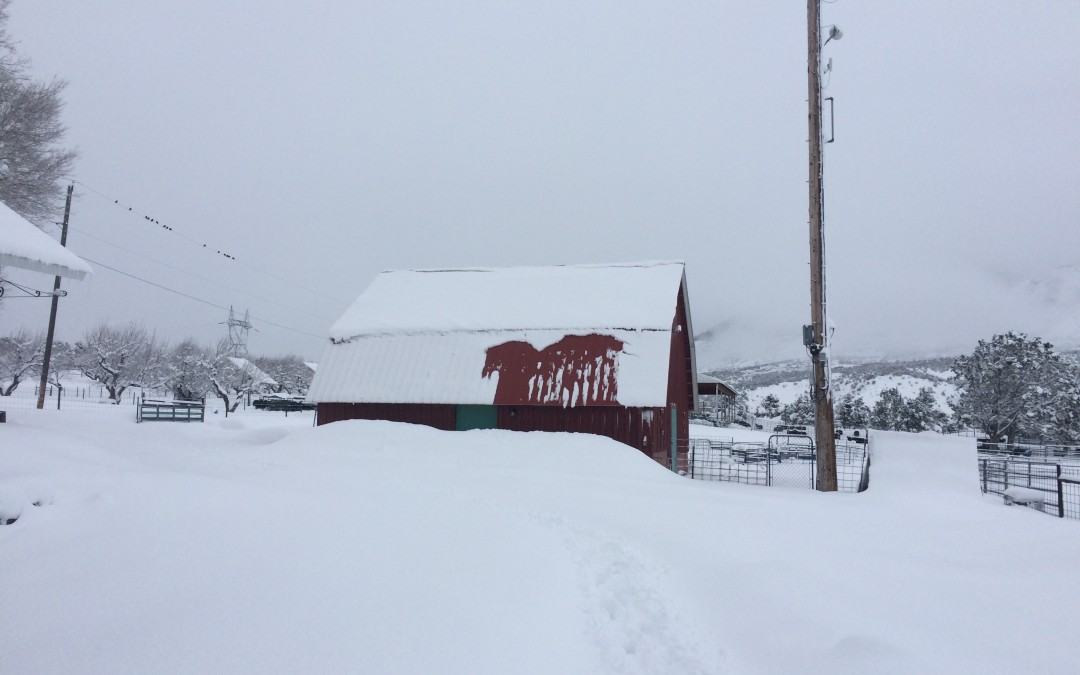 This has been one of the snowiest winters in a long time. The aisle way under the hay barn and the ram pens are totally filled with snow. It’s almost up to the eaves in back of the garage. And the red barn is nearly buried too. 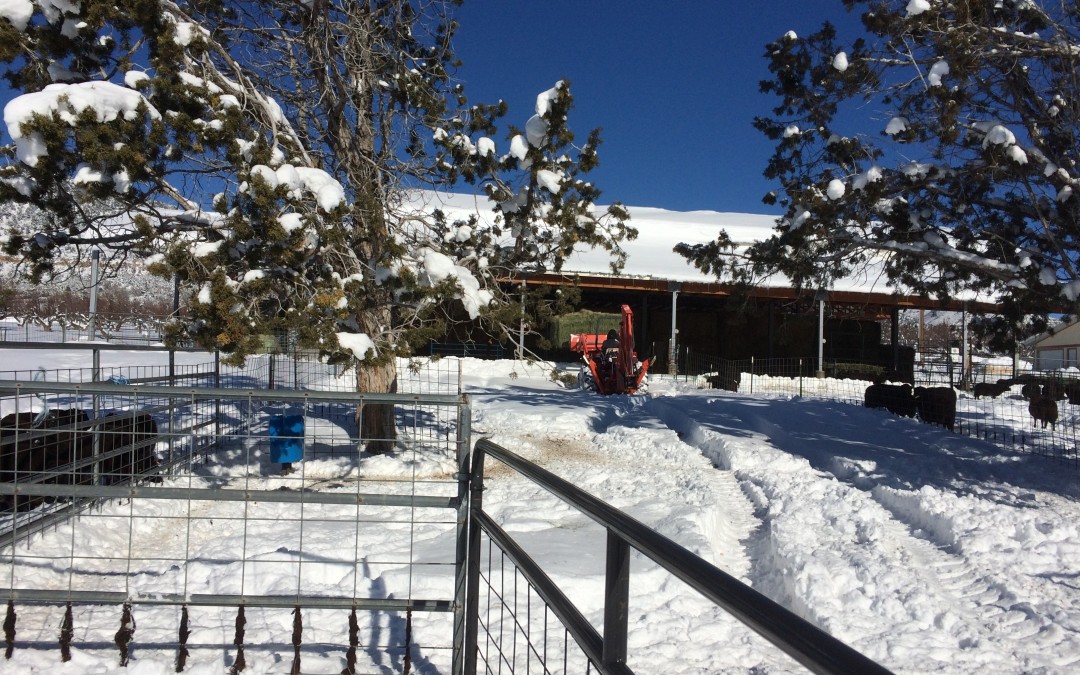 Delivering a big bale of hay to the ewes. Almost plowed out enough to feed the ram lambs. 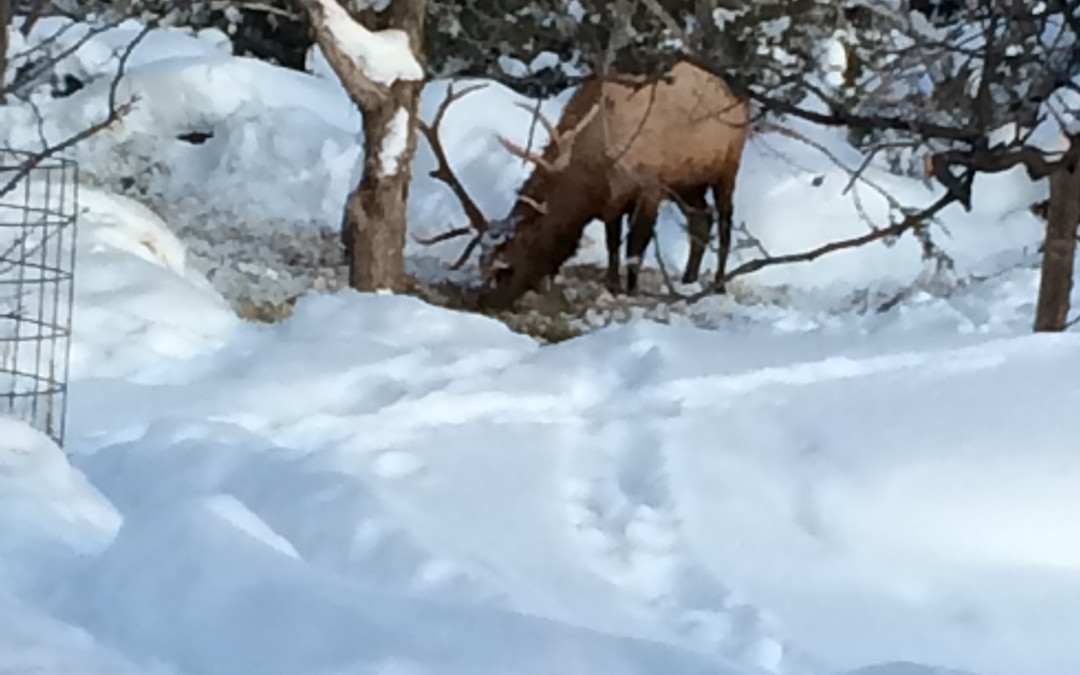 The Elk are Down

The deep snow up high has brought the elk back down to the valley. This big bull is eating the old hay we spread as mulch last fall. Meanwhile, Ken is trying to clear out enough snow from the aisle way so we can get in to feed the ram lambs. 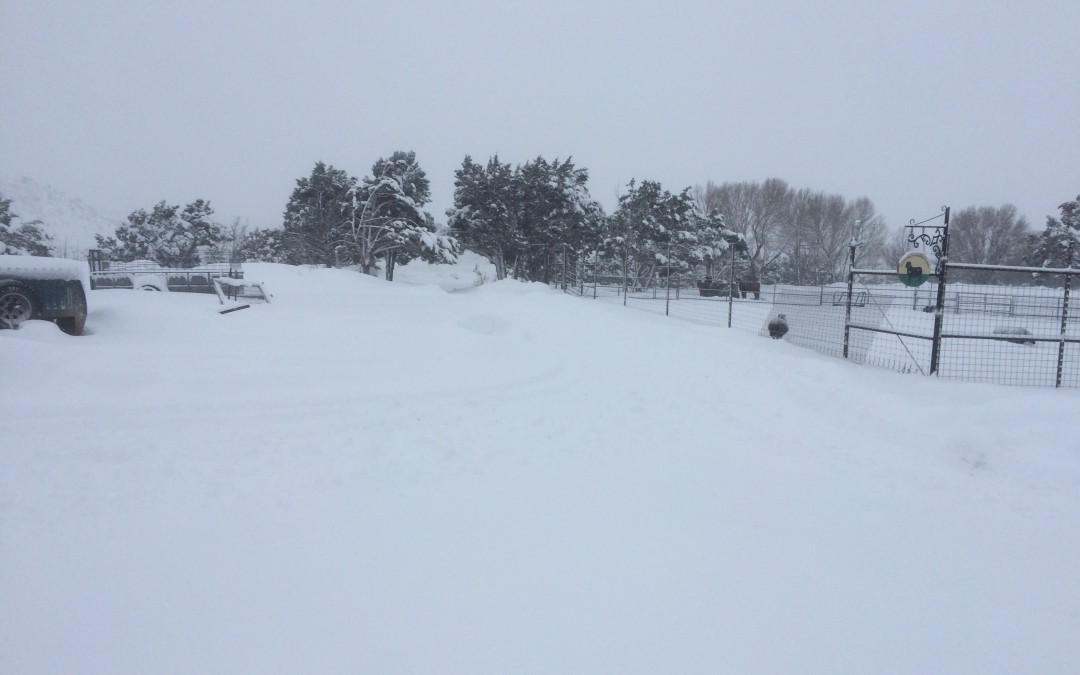 Well we don’t have to worry about having a white Christmas! So much snow we probably couldn’t get out even if we wanted to. Solar panels are covered and not producing much.
« Older Entries